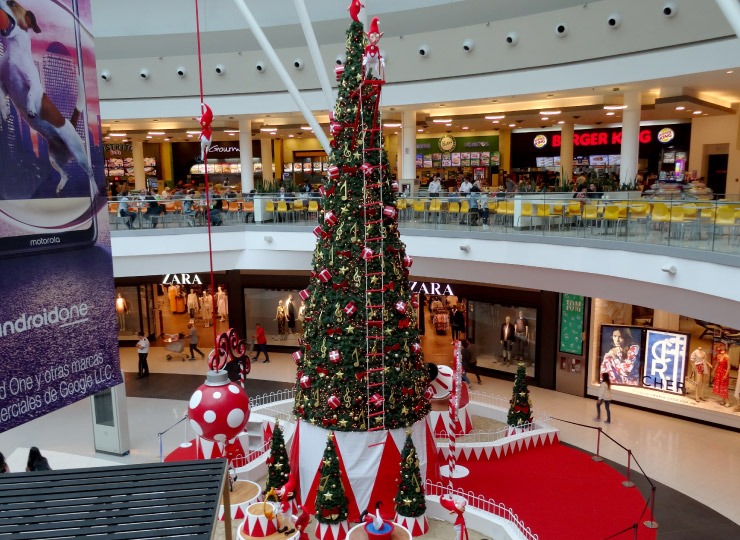 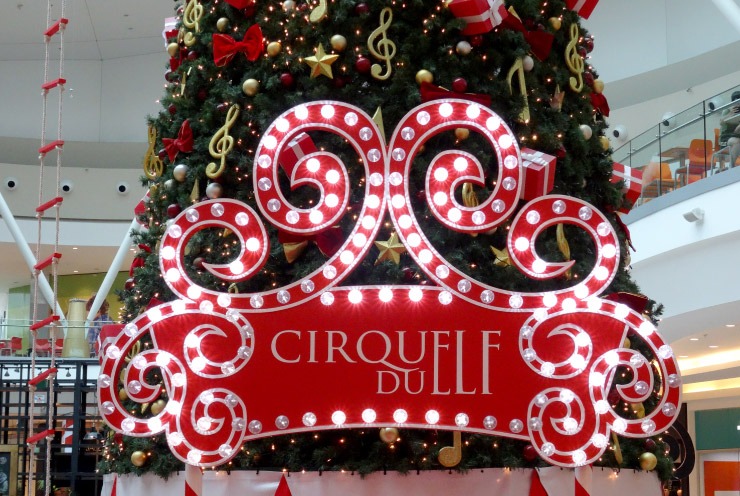 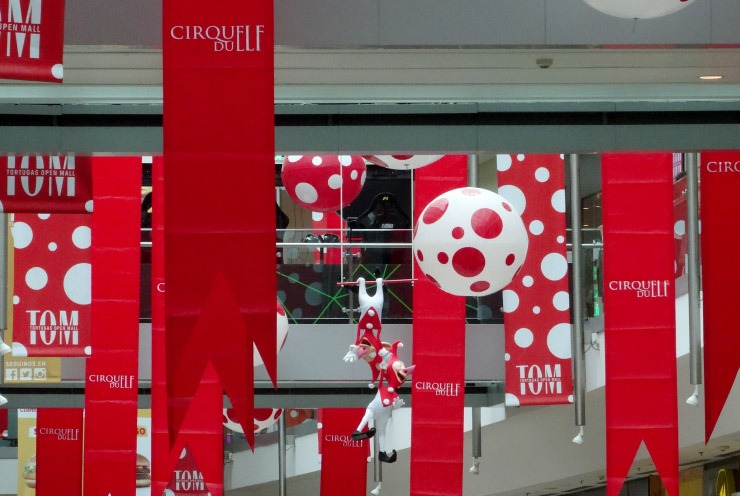 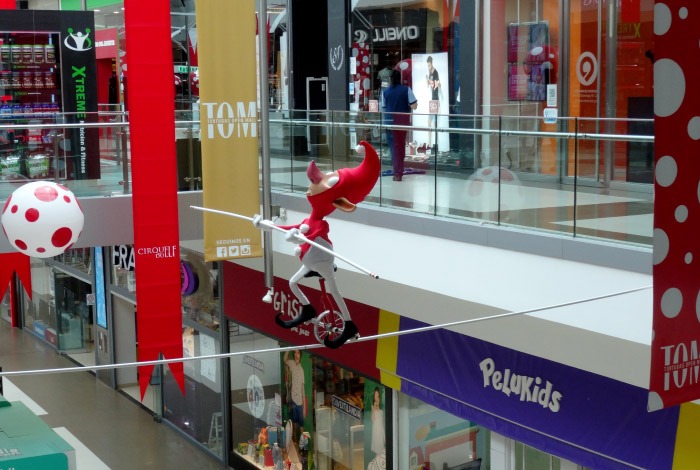 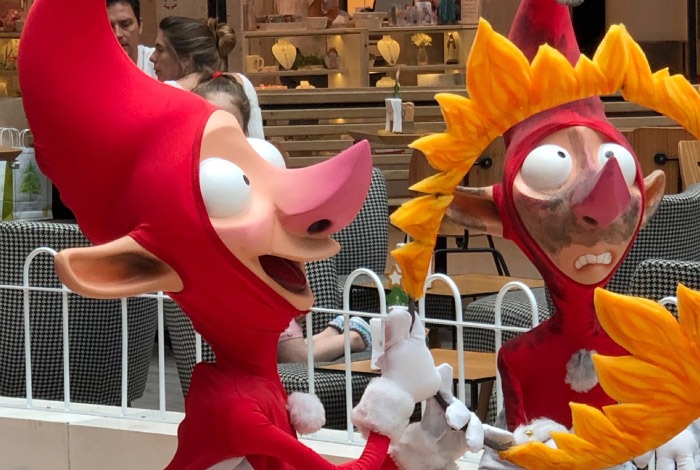 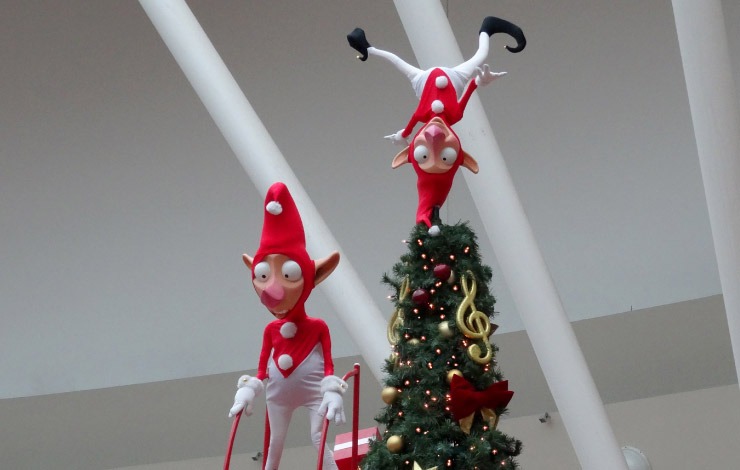 Elves have their own circus, too. The Cirque du Elf; Even though many times in this arena the acrobatics don’t come out, you can tell they’re having fun and so is the audience; they won’t stop taking pictures of themselves to upload to social networks, they were there at the mall with the Cirque du Elf elves and they wanted to show it off.
4 animated characters, 8 static ones in the central square, each with their own particular gag, to be photographed at each station.
Made entirely of fiberglass and real costumes. Posters with sequential led for Santa’s counter and throne.